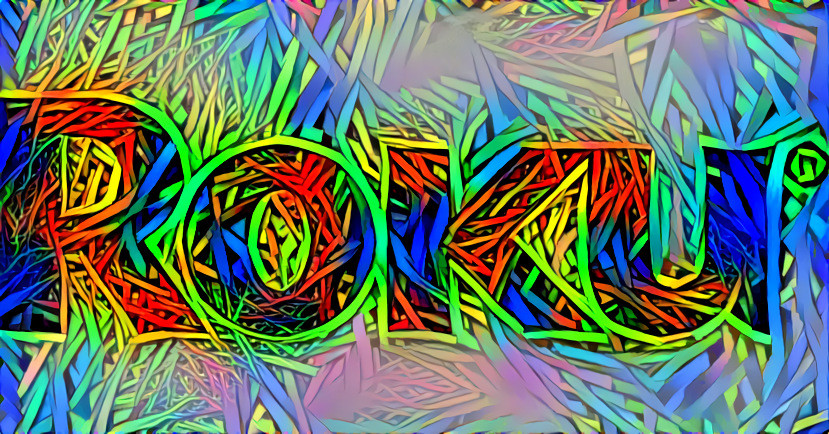 by Joshua
6 Comments
in pihole, Python

Update 2: (12/16/2018) – Added a new analysis as /u/Anchor-shark within the /r/ subreddit mentioned I should take a look at a Roku that does not have the logging servers blocked. I have done just that.

This is a work in progress. It’s not perfect but it’s just starting to get cool and I’m digging deeper! I think this is going to be the first post in a series. I say that because I need to get my hands on some older hardware and there are some other gears moving as well. Anyhow, here’s the post.

A while back (years ago), I added a PiHole to my network. The thing is a damn workhorse! If you don’t know what PiHole is, well, you’re wrong and you should! Long story short, it’s a network-wide add blocker with a ton of features. But most importantly, it has lots of color and looks pretty.

Anyhow, I was recently looking over the data on my PiHole and noticed a serious amount of traffic coming from my Roku’s. Before I start getting into the specifics, let me first describe the systems on my network.

I own 3 different Roku’s. All of which are 1-2 years old which is important for a few different reasons.

PiHole was showing that a large majority of all the traffic on my home LAN was coming from my three Roku devices. This isn’t too surprising since they’re streaming devices and at any given time one or two of them are active (wife, kids, etc.).

I still decided to investigate and take a deeper look into the data to see what the Roku’s were actually doing. First, let’s just take a look at the data within the PiHole Web UI.

The traffic displayed int eh images above are DNS queries that has been blocked and queries that have nothing to do with my streaming services (i.e., Netflix, Amazon, etc.). But still, those are only the blocked domains that are being seen so, a deeper look was necessary.

The next logical thing to do is to pull the logs from the server and start to parse them. The problem is PiHole rotates the logs every 5 days. So before you can jump right in, you need to change the logrotate configuration. I changed mine to rotate every 100 days. Full disclosure, the data that I will present here is from a 14 day analysis. I don’t expect a massive difference but, I thought I would put it out there.

I waited 24 days, pulled the logs, and wrote some python to strip the logs for the data I wanted. My initial criteria to narrow the logs down to a manageable size was:

The logs themselves are not in the best form so, first things first, translate the data I want to a CSV and store to disk for later parsing. Also, this makes it SOO much easier to ingest the data into a pandas dataframe for analysis.

Once the logs are in CSV and in a dataframe object, we can them parse out the following:

This left me with several csv’s:

My main goal with this initial analysis is to determine how much traffic compared to all traffic do the Roku’s generate on my network and how much of that traffic was Roku logging traffic (i.e., not streaming traffic). The last thing is a differential time analysis. That is, how often are the Roku’s beaconing out to the logging servers.

So what does this mean? Well, it means that on average, a Roku is logging information about you and your family about 380 (2-4 sDNS requests per 30-40 sec) times per hour and 8,800 times per day, give or take a few hundred.

Okay Okay but, what are they logging? Well, I started to attack this problem and the first logical step is to look at the Roku’s privacy policy. So, let’s take a look.

Since this project came from my PiHole logs, I thought I would get some internet constructive criticism from the /r/ subreddit. You can view the thread here. One of the made a really good point that basically stated that the Roku’s are effectively freaking out because their DNS requests are getting blocked. As such, the frequency is subject to the blocking and not the true nature of an active Roku whos DNS requests are not getting blocked.

This is good point as this very well might be the case. So, for the last 4 days, I have allowed all Roku logging traffic on my LAN. The PiHole logs still capture the DNS requests and therefore, the logs still maintain a valid record of unblocked requests.

Before we look at the data, I want to be as transparent as possible. I have made some adjustments on my timing function. Whereas I was originally looking at only unique timestamps per IP and then obtaining the time differential of the datetime objects via pairs, I am now simply taking the number of records (DNS Requests) and dividing them by the total number of seconds. The total number of seconds is determined by taking the last record in the DELTA_DATES array (i.e. DELTA_DATES[len(DELTA_DATES)-1]), which is a DateTime object, and subtracting it by the most recent date (i.e., DELTA_DATES[0]). I felt that not only is this much simpler but, it’s more representative as I am no longer just measuring unique records. I have edited the initial results to reflect the new changes.

For the last 4 days, here is the information:

This is very interesting to me. The Roku that gets the most use by far is the living room (192.168.1.58) because it’s connected to our large 4K TV and is at the center of everything in our home. This guy is in use pretty much all day when we are at home (i.e., Music, Netflix, Sling, etc.). So it would seem that the more the system is being used, the more it is going to beacon out. It’s also worth noting that the other two Roku’s are not used as much. Especially the basement system as that’s really only used during parties.

If we look specifically at the Living Room Roku and breakdown all traffic over the 4 days by , we can easily see that right away in the mornings (breakfast, news) the logging spikes and gradually goes up and down over midday and night suggesting that Roku logs a ton more ( every 18.19 seconds) if that system is in use.

The data seems to support Reddit’s point that Roku’s will phone home more if they’re being blocked, however if you are using those Roku’s frequently, it’s a moot point as it seems they log just as much if not more.

Let’s put my assertion to the test. The Living Room analysis above supports my assumption so, if we look at the Master Bedroom, where the Roku gets used before going to bed, we should see a spike around that time. And we do.

I think the big takeaways are:

The list goes on and on and on. But reading a privacy policy just isn’t sexy. So, I’ve pulled a few PCAP’s from my router  which, didn’t amount to much other than mapping the AWS buckets.

My next attempt to pull data from the logging PCAP’s was to DNS and ARP cache poison one of the Roku’s while running an HTTPS proxy and a self-signed certificate. This just ended up in a CA authenticity failure which, was to be expected. Maybe SSLStrip could work? Not sure yet but, this might not be the right path.

Here is what I am currently working on in attempts to get more information all together.

Roku’s used to have a TCPDump utility when you enabled developer mode. All of my devices have been connected and have auto-update on. There’s also no way to revert the box to an older OS. However, I think I have a good lead on a system that has not been connected for a few years and might be interesting.

Roku uses their own programming language called brightscript. The API is pretty well documented and it’s very simple to enable developer mode via secret menus and start pulling XML information from the system. The issue is there is no direct contact to the underlying OS (Which is Linux) with the exception of a telnet shell with access to the free command. And trust me, I’ve tried all sorts of command injection with that!

Within the Roku Developer documentation though it does talk about the way brightscript applications are sand-boxed and have limited access to system functions. The brightscript might be a dead end but, it’s worth a shot so I will build a few basic apps and see what information I can get from the system or the effetive application hypervisor.

Another interesting part of the Roku External API is the capability to send remote commands to the system via HTTP GET requests. By remote commands I mean the literal Roku Remote (Home, Netflix, Back, Up, etc.). This is interesting because it means that it may be possible to enable developer mode and manipulate settings without physical access to the system. So, if there was a possible exploit vector via a Brightscript application, that path to exploitation could hypothetically be automated.